HomeFor the Love of TeaReally! I Swear! 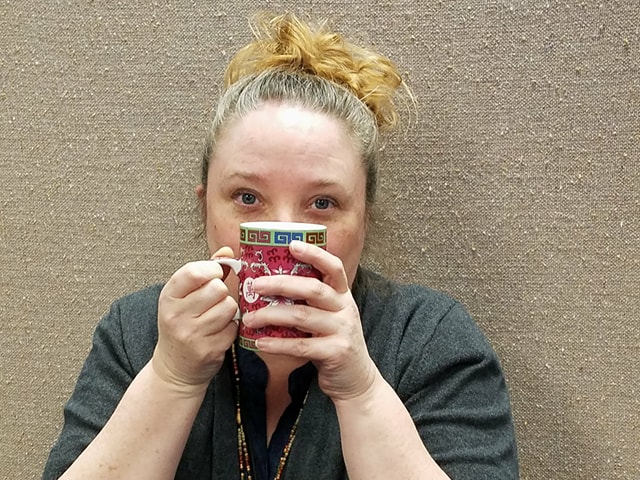 So… where was yesterday’s blog post you ask? *looks over edge of coffee cup* Would you believe the cats ate it? Yeah, I know, this isn’t homework and cat’s aren’t known for their blog eating appetites. But seriously. I wrote my post and the cats… oh the cats… The post was about the different types of tea and some basic tea information. I left it open on my tablet, because I wasn’t finished. I was struggling with my conclusion paragraph. The cats – we have two – thought they would help me out. While one (the one that weighs about 17 lbs) laid on it, the other one (only about 10 lbs) sat on the wireless mouse. The tablet in question began to beep and chirp in pain and horror, alerting my daughter to the danger. She chased them off, but once I opened the tablet, the damage had been done. The blog post had disappeared without a trace. There was no recovery screen and it hadn’t been autosaved to One Drive. So… the cats ate it.

Instead today I thought I’d commiserate with you over a cup of lukewarm monk’s blend (still good that way) on the way our pets/kids/spouses “help us out” and how tea saves us. I was of course, devastated (mild devastation, mind you) when I found the missing blog. It’s tax season, and my job required a later than normal quitting time. During the day, when I found the problem, my
brain was too dedicated to tax questions to fix it, and when I got off at 9:00, it was too fried to even function properly. All I could do was drink some Bella Coola and watch a Chinese romantic drama. The cats were, of course, quite unrepentant. They blinked at me sleepily and demanded tummy pets, despite their destructive non-helping help.

Children and spouses are almost as bad as the cats and equally unrepentant most the time. In the end, the Bella Coola put me back together and helped to sort my out of sorts (is that a thing?). Soon I will post the post that was eaten by cat butts, or something very much like it since I must recreate my awesome. Until then, please deluge me with your pet/children/spouse “helping” stories and we’ll laugh over a cup of tea.

This site uses Akismet to reduce spam. Learn how your comment data is processed.

Love is in the Air